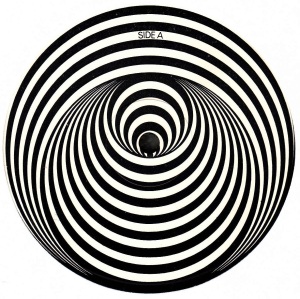 I personally believe people like to try and collect Vertigo Records from England because the label design looks cool.  I am referring to the “swirl”, and not the Roger Dean planetoids that followed.  Indeed, some of the LP’s on Vertigo UK go for heaps of cash; there are good albums that I recommend on Vertigo, but you will have to put on your tolerance for progressive rock hat.

Most of my favorite Vertigo UK titles come from 1969 – 1971:  The first one that really drove me nuts was “May Blitz”, their debut album.  I heard this one playing in a hippie record store and HAD to have it.  The cool label was merely a bonus – the record sounded great!  (Heavy) Power trio steeped in progressive rock time changes; somewhat beholden to Cream.

My second foray into Vertigo was exclusively because of the cover:  Uriah Heep “Very ‘eavy…Very ‘umble”.  More hard rock than prog rock, it still had the requisite minor chords, time changes and use of mellotron.  For some reason, the cover for the US version was changed to an ugly drawing of a worm.

It should be mentioned that these records were somewhat expensive, for a young person to be buying.  Typically, they were $4.99 each, when a regular US LP would only cost $2.98 in a typical hippie record store.  If you were even looking at imported LP’s in 1970, this was an obvious fact that didn’t seem to matter much – so I can buy 2 imported LP’s instead of 3 domestic LP’s – but they’ll have cooler covers, maybe sound better – and I remain ahead of the straight up music learning curve.

So, was everything on Vertigo “classic;’ progressive rock?  No, not at all.  There were also jazz albums, folk albums…hey, this doesn’t sound like it looks!

Eventually, I got solidly on the prog rock bandwagon of 1970:  Gracious! and Cressida had great self-titled albums that year – and both bands had keyboard players (with mellotrons!) – Gracious! got a Capitol US LP release (with another ugly meaningless cover), but Cressida did not.  And the “Class of 1970” knows how cool a record is that doesn’t garner a US issue!

By this point, I could “cheat” a little bit – I found a very inexpensive sampler 2LP set, “The Vertigo Annual” – that had all of the above mentioned artists – and more!  I could hear more Vertigo artists!  Well, with Hendrix dead, The Beatles broken-up and irregular distribution of British LP’s combined with extremely limited funds…I got as many Vertigo LP’s as I could find easily.