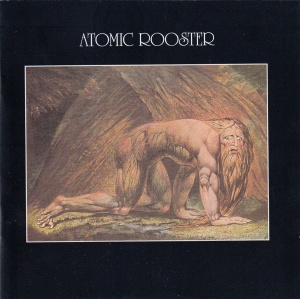 I got the Atomic Rooster as soon as I found a cheap copy of it.  I had an Elektra sampler LP from this month – so I heard all of the Elektra titles here, and bought quite a few of them (there were ones I didn’t list, notably “The Quinames Band”).  This is the Mike Heron album with The Who guesting as “Tommy & The Bijoux” (on one track).  The follow-up to McCann / Harris’ “Swiss Movement”.  And a decent Rolling Stones LP, their first for Atlantic.  The debut Beggar’s Opera LP, licensed from Vertigo Records in England.  Uncle Dirty is / was a stand-up comedian.

We forget – Todd R. was ‘Nazz’ well into the 70’s.  An ‘iffy’ Bee Gees / various artists soundtrack.  Strange electronic LP from T.E.H.B.  And a Winwood compilation, with Traffic and Spencer Davis Group material (likely cashing in on Winwood’s success with both Blind Faith and Traffic’s success after leaving U.A. (in the US) to go with the U.S. Island label licensee, Capitol Records.

Not a huge week for singles – a non-hit Alice Cooper title and a pre-“Frankenstein” Edgar Winter 45.